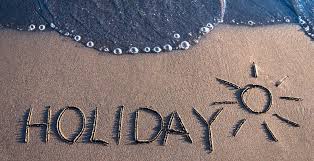 I love traveling. Being in new places and have experiences on everything, but combines the pleasure of traveling and the work are not easy. Planned traveling is not easy, there always causes that holidays canceled or interrupted. I have some experiences about failed holiday.

I am a cheap ticket hunter. Once upon a time, I succeed bought ticket Makassar-KL, KL-Bandung, Bandung-Bali only for 250k total cost per person, but I had not bought the return ticket back to Makassar. I wish I would fly with direct flight from Bali. Apparently the date set out in peak season, school holidays. The ticket became so expensive. My husband also didn’t agree to go on vacation again because we just took vacation a month before. For that two reason, I cancelled the vacation. The money then diverted to house renovation. Full story: Here .

Failed to board the flight

I always afraid to miss the flight, so I always prepare more time to be at the airport. But there were things happened out of control that I had  missed the flight for the first time. Long haul international flight. That day I still worked for a half-day, then went to the airport. My flight from Manado to Jakarta delay for 4 hours, would arrive at about 18.30. While my connecting flight will  depart from Jakarta to Amsterdam in 18.30. I will miss the flight if i waited that delayed flight. So i started to argued with the supervisor, asked him to moved my flight to another airline according to regulation. But he refused, he said that Batavia has its own regulation. Lol. He could only offered the refund. There was no point in arguing, then I accepted the refund.  I started to find the fastest way to fly to Jakarta. There were only two options and sadly I chose the wrong options. Sigh. I’d rather chose Lion IDR2,5million transit in Makassar but instead of Garuda IDR5million but direct. I did not estimate the transit time would managed uneffectively by Lion. Supposed to transit only 30minute, but it delayed almost 1 hour and 30 minutes !!  I send SMS to my sister, who would be my travelmate and already in Jakarta that if I could not catch the flight, she had to fly to Amsterdam by herself. I would catch another flight which time was contiguous no matter how. I didn’t want my dream holiday fail. I still missed the flight, and the nearest flight, Garuda was cost 780usd. The second problem, I did’nt have enough money to pay the ticket. Not much money  in my ATM, my credit card was not enough to be swiped. My husband wanted to transfer the money, but it took time to go to the ATM. So, I pay with Euros, our cash money for support our trip. Lesson learned, always pay attention of potential risk that might be happen. Better you set aside a full day to start the trip especially if you want to go by long-haul flight. Full story: here

Failed to got visa

My husband visa application was rejected meanwhile I and my children got the visa to South Korea. I didn’t know why because there was no explanation. I started to make a visa appeal,  an explanation letter why they should granted my husband visa. But it didn’t work. Full story: here

Failed to travel without breaking the bank

I always wanted a cheap holiday but comfortable enough. Ranging from cheap tickets, cheap cozy hostel  to cheap cost for the trip. At that time,  I want to try a vacation with 3 children (my children n my nephew) without my husband. I Want to try what it feels like traveling where I was the only adult. The route was to Makassar-KL-Singapore-Johor-Penang-KL-Makassar. But suddenly, duty called. I could not get permission to take leave by my direct boss. He will accept my leaves if I got permission from new regional head who was my former boss. Sigh. I could not cancel the trip. How dissappointed the kids if they could not go to Legoland. The moment supposed to be my quality time with them. Because we lived in different city. So I bought another ticket for my husband, that he could accompany them first to Kuala Lumpur, then I would meet them there. Finally, I got permission but I failed to board the same flight with them, so have to bought another ticket to Jakarta and to Kuala Lumpur. Breaking my bank but the kids were happy. Full story: here

Failed to start the travel at the same time

The trip was to Bali. Family trip. For the beginning, I felt happy because when the day was closer, I have a workshop in Makassar. So my flight from Manado to Makassar was paid by my company. After the workshop finish in Wednesday afternoon, we would go to Bali together a day after. But another duty calls happened. I managed to go to Palopo for three days, Thursday until Saturday. It could not reschedule or delayed because it was a very tight schedule. So I compressed the schedule, after the workshop we start to go Palopo (7 hours drive), arrive in the morning, start the audit until in the evening then start back to Makassar, so i can catch the morning flight in Friday. My husband n my children already in Bali since Thursday.Full story: here

Right now, I could manage a holiday when there were ‘hari kejepit’ (the workday between national holiday) near weekend, not in the beginning of the month and not in the end of the month. The reason were I didnt have to take leaves for so many days, or usually not many office activities such as workshops or training held around these days. But I almost failed take leave for my last trip to Myanmar. My boss rejected my leave. Sigh. I just ask permission to take a leave for two days. Nothing very urgent to do at that time. But I keep the faith and hope my boss change his mind after I ask for his kindness. Lol. I finally got permission, but I keep thinking how I supposed manage my next holiday? Full story: here

EF#22 Challenge: Failed Holiday You Wish to do it. This is my first post to Blog English Club 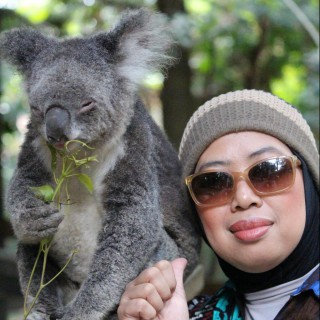 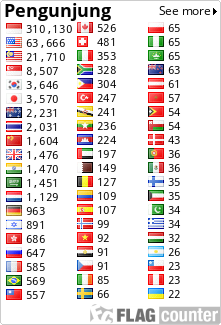 Travel to see the world through my own eyes.

My World in My Words

Just a glimpse of story

Travelling Made Easier With Our Tips and Tricks

One Chance to See the World

personal travel blog | there is always time to getaway